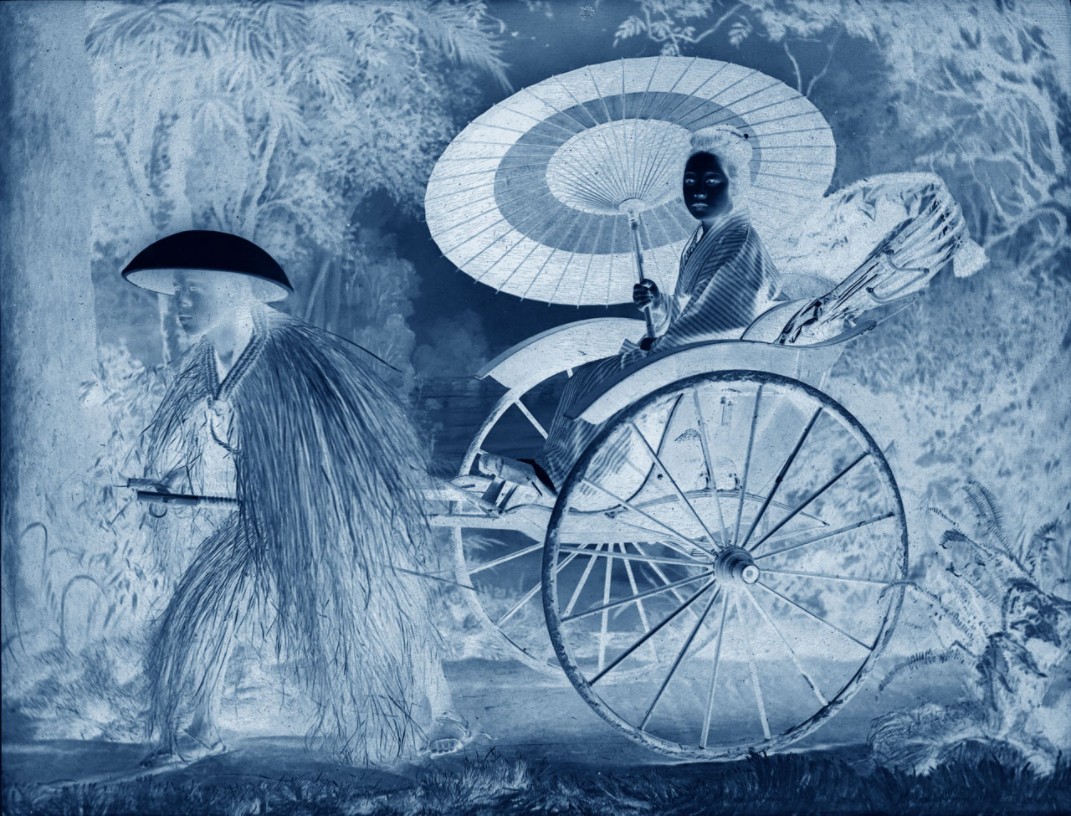 About the serie ‘Negative’ by Thomas Ruff

“Due to digital photography,” Ruff states, “the negative, which I have used nearly every day for more than 25 years, has almost disappeared.” He continues: “The negative was actually never considered for itself, it was always only a means to an end. It was the ‘master’ from which the photographic print was made, and I think it is worth looking at these ‘masters’.” In order to do so, Ruff took a small selection of found sepia images of flowers and, using digital technology once more, manipulated them to resemble cold, blue negatives, not too dissimilar from Anna Atkins’s masterful botanical photograms of the late-19th century. The sheer delicacy of these leaves, flowers and twigs is astounding. Rendered in a ghostly shade of white with a midnight- black background, the chromogenic prints accentuate each and every follicle. Minuscule hairs, vascular tissue, subtle imperfections at the edges of the leaves; these rarely observed details are drawn to the foreground and frozen in place, their twisting bodies no longer resembling recognisable outlines of plants, but something far more alien. It is worth noting that this is by no means an original technique in either scientific or artistic terms – Karl Blossfeldt’s revered portfolio of close-up silver gelatin prints comes to mind – but in no way does that take away from the sheer precision and delicacy of the works.