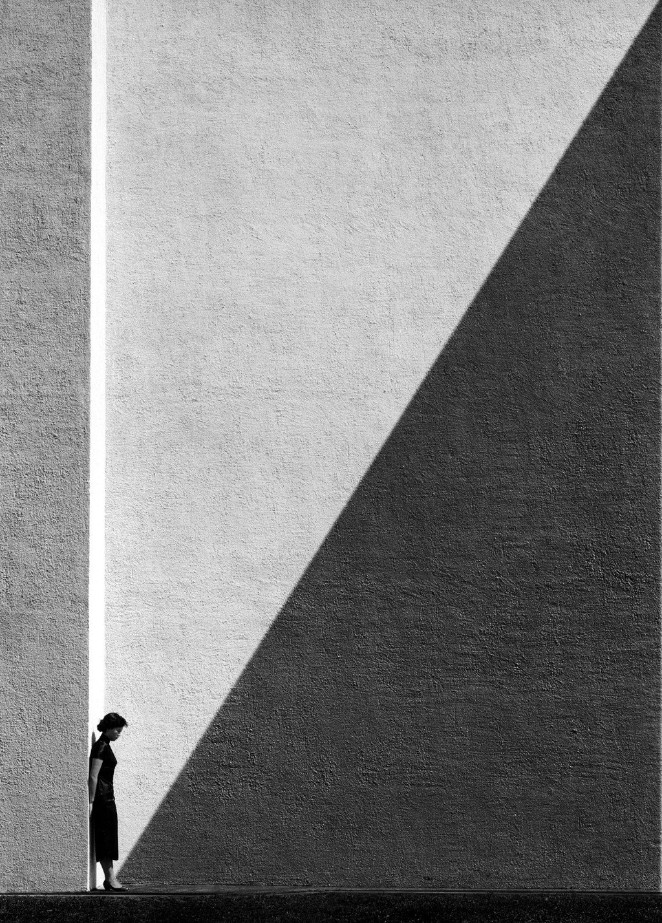 Fan Ho was born in Shanghai, China in 1931 and died in San José, California in 2016. When was 13, his father gave him a twin lens Rolleiflex, and he was immediately entranced. From the start, he showed an innate sense of light and drama that are the hallmarks of his images. Ho immigrated to Hong Kong in teens. There he began to document the drama of daily life in the bustling city, from crowded markets to lonely alleyways. Throughout the subsequent decades, Ho exhibited his photographs in international salons, exhibition, and competition–garnering nearly 300 awards.